How To Tell If Your Lover Is Lying Through Text 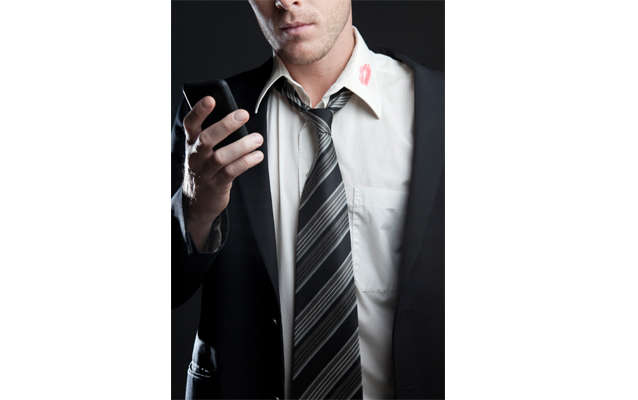 As difficult as it is to lie to a person's face, how does this translate behind a textual screen? Does texting make it easier to deceive others when there is no shifty eye contact or shaky voice?

How many times have you lied today? According to research, people lie two-three times every 10 minutes. Yes, lying by omission counts!

Clancy Martin of the New York Times makes the claim that "Good Lovers Lie." In his piece, he writes, "we lie particularly often when it comes to love, because we care more about love than we care about most things, and because love causes us more fear than most things do, and caring and fearing are two of the most common reasons for lying."

Martin explains that we develop the habit of dishonesty as children. Kids often lie because they are afraid that they will get punished, that their parent will lose love for them, or to avoid being teased from peers. Ironically, it's the people that we love the most, that we actually find ourselves lying to.

As we plunge deeper into the Digital Age, actual face to face interaction is being reduced through laptops and cell phone screens. Apps like Skype and Face Time make it easier for people to feel like they are directly in front of their loved ones, even when they are thousands of miles apart. This technology can make it harder to be dishonest, as you stare into another's face. But what about sending dishonest texts?

Studies find, that it's just as hard to try to be deceptive behind typed words, just as it in front of a person

So, how can you tell if the woman who cancels plans tonight suddenly fell sick with the flu a couple of hours before a date by sending a text? Or what about a text message from a guy who claims his phone battery died coincidentally the same night he went to his friend's bachelor party? Read up!

According to the Daily Mail, research has shown that people who are lying tend to make more edits in their text messages. They also take 10% longer to write the text message.

In addition, Elizabeth Berstein of the Wall Street Journal says, "there will be clues".

These seven mistakes can suggest a person is lying through their texts:

When we switch to an indirect form of communication such as texting, the same slip-ups and guilty behavior is present. Thus, it's advisable that if you're going to lie to your lover to remember this list, so as not to get caught. Even easier? Have an reliable alibi who can back you up.

Then of course, you could always just try telling the truth, too.