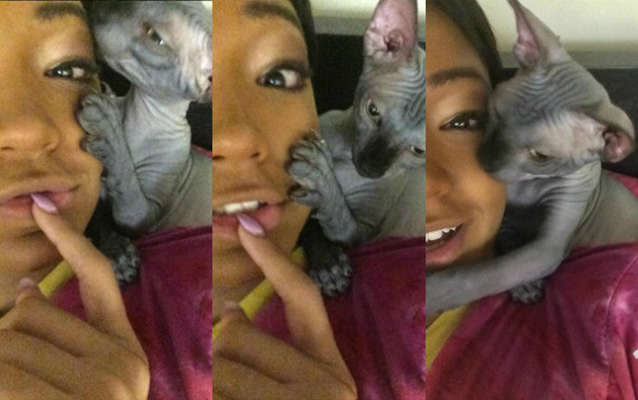 Heart throb Harley Dean loves her kitty! And he loves her just as much!

Griffin the cat goes with his owner, Harley, on lots of adventures, but sometimes the two of them just want to snuggle and give each other hugs and kisses.

On a Monday afternoon, Harley made sure to take lots of selfies with Griffin showing just how affectionate they are toward each other. Harley even calls Mondays #GriffinMondays! Looks like she spends lots of time with her special furry friend!